Science in our world

Stethoscopes help us to hear sounds from inside the human body. Just like the strings in the activity, the stethoscope tubes prevent the sound from spreading out in all directions, and channel it to the doctor’s ears. The first stethoscope was made in 1819, from paper rolled into a tube. Why not try making your own? See if you can hear a friend’s breathing or even their heartbeat.

Most humans can hear sounds produced by objects vibrating up to around 20,000 times per second. 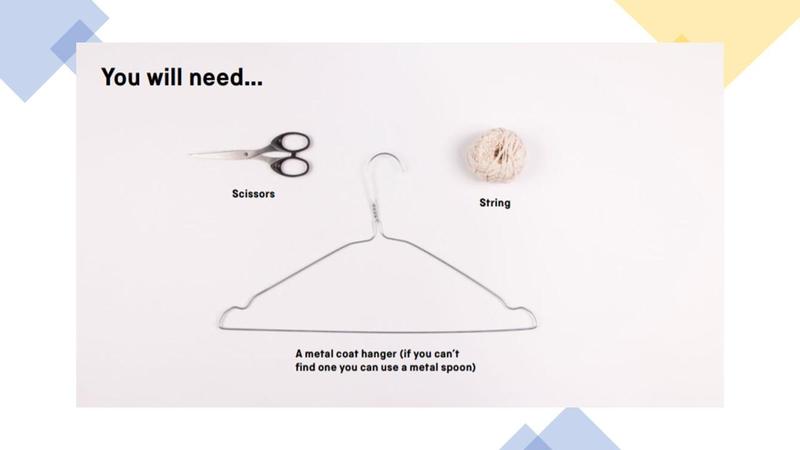 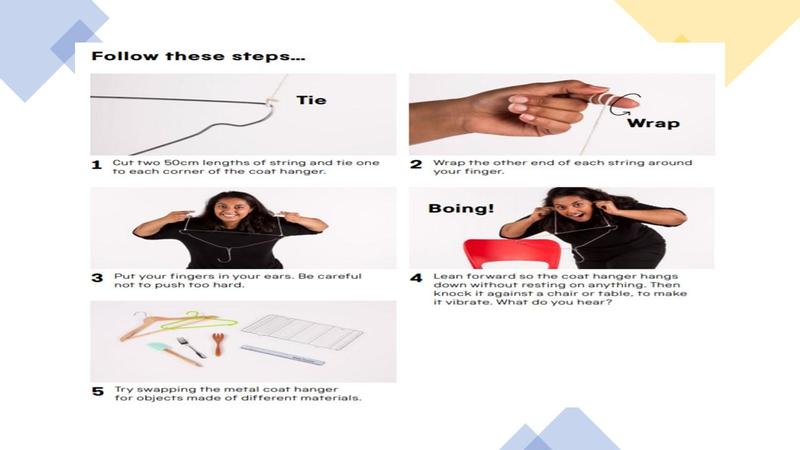 How does the sound change when you:

• Use longer or shorter string?

• Use wool or ribbon in place of the string?

• Replace the metal coat hanger with a different material?