The race to Antarctica!

Watch the video below to learn about Robert Falcon Scott.

Now that you have watched the video, what facts can you remember?

Do a quick spider diagram or list everything that you can remember from the video.

As you can see, Robert Falcon Scott's timeline of events is jumbled up below. We would like you to create a timeline using the information below about Robert's life.  The dates are jumbled, so make sure you put them in order on your timeline! 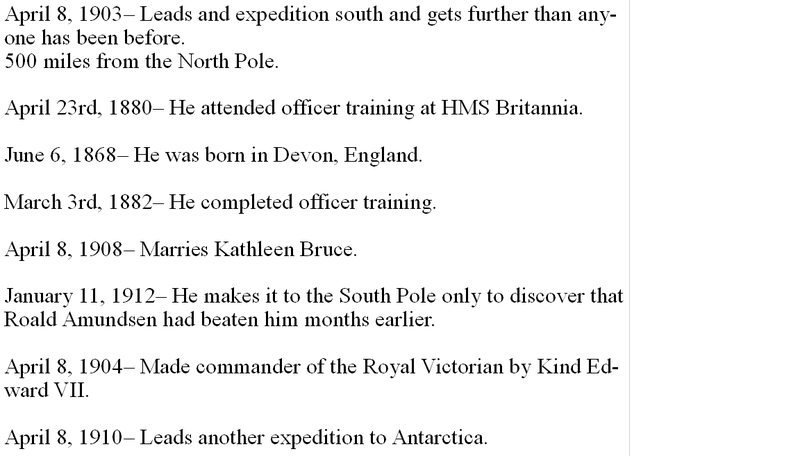 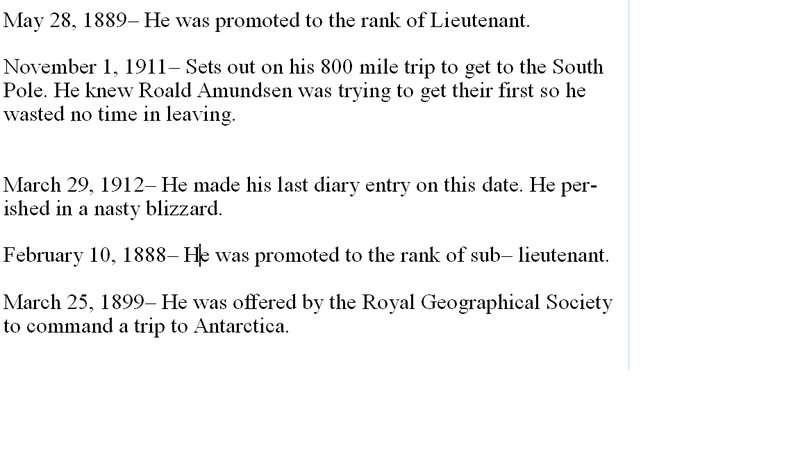